If you want to say that you've been to Slovakia, you should visit at least three of the following cities - the most interesting cities, unique nature, spa and UNESCO sights that survived centuries.

The capital city on Danube and the crowning city of Hungarian kings, including the important ruler Maria Theresa, it is situated nearby another European capitals.

The Tatras and Liptov

Unique winter skiing in state-of-the-art winter resorts. In the summer, alpine tours, during which you could encounter wild chamois.

The second biggest city in Slovakia has its unique feel. A prominent landmark of the picturesque city centre is St. Elisabeth Cathedral ─ the easternmost Gothic cathedral in Europe and the biggest church in Slovakia

The historic mining town, due to its magnificent city centre and technical sights of the neighbourhood inscribed to the UNESCO heritage list.

On a way to the east of Slovakia you will pass by the remains of a majestic castle inscribed into UNESCO List.

The National Park Slovak Paradise got its name quite justifiably.  Its thick woods will make you feel like on the different planet.

This town in Šariš region can pride itself with a generous rectangular square inscribed to UNESCO Heritage List.

Many of them are built without a single nail and their decor is breath-taking.

Caves of the Slovak Crast

Except natural and cultural treasures on the face of the earth, Slovakia has some gems hidden beneath the surface.

Editors of Lonely Planet know very well why they included it among TOP 20 spas in Europe. 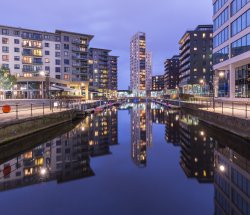