Why you should visit?

Located on the River Danube, Bratislava is easily accessible. It’ a great place to hang out. The city is safe, friendly, hassle-free and there is always something worth doing; whether you’re here for an afternoon, a week or a year.

Top sights and atrractions in Bratislava The former seat of the rulers, today the symbol of Bratislava and the seat of the Museum of History. There is a wonderful view of the city and the neighbouring countries from its 47-metre-high crown tower in which royal coronation jewels used to be deposited. A three-nave Gothic church from the 15th century and the former coronation church. A gilded replica of the coronation crown fixed on the top of the cathedral tower at a height of 85 metres and weighing 150 kg reminds of this glorious age. 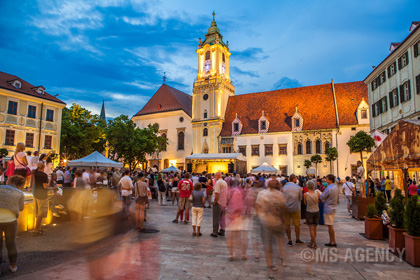 The former seat of the city self-government is since 1868 the seat of the Bratislava City Museum, the oldest museum in Slovakia. After climbing up the narrow stairs leading to its 45-metre-high tower you will be rewarded with a beautiful panoramic view of the Old Town. A Classicist palace built in the 18th century in which the Peace of Pressburg was signed after Napoleon's victory at the Battle of Austerlitz between the representatives of the French and Austrian emperors. The Palace houses a gallery depositing a unique collection of six English tapestries from the 17th century and also serves as the seat of the Mayor of Bratislava. 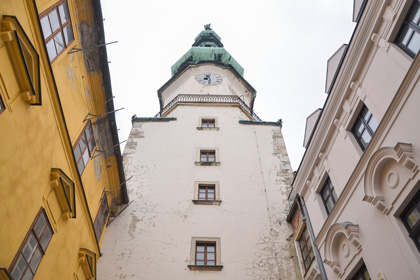 The only preserved gate of the city fortification system dates back to the 14th century. The upper terrace of its 51-metre-high tower provides an enchanting view of the Bratislava Castle and the Old Town. The tower houses the Museum of Arms. A Rococo summer palace from the 18th century used to be known for its rich social life and a famous composer Joseph Haydn also performed here. Since 1996 it serves as the seat of the President of the Slovak Republic. 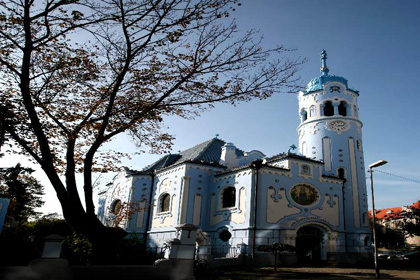 The St. Elizabeth’s church built in the Art Nouveau style at the beginning of the 20th century is remarkable for the blue colour of its façade made with attention to detail with often use of mosaic. It is a popular place for weddings and baptisms. A castle ruin built on a high rock towering above the confluence of the Danube and Morava rivers is one of the most important historical and archaeological localities in Central Europe. Moreover, it offers enchanting natural scenery with unrepeatable views. The synagogue was constructed in 1923 - 1926 in the Cubist style according to the plans of the architect Artur Szalatnai-Slatinský. The permanent exhibition of the Jewish Community Museum is installed upstairs and is open to the public during the summer season. 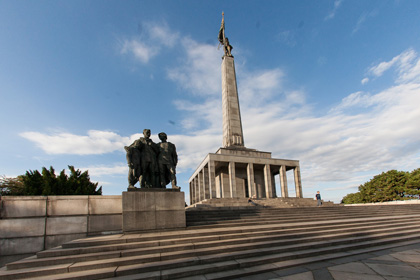 The largest war memorial in Central Europe is thanks to its height of 52 metres one of the dominating features of the city skyline. It is the burial ground of 6845 soldiers of the Soviet army who died during the liberation of Bratislava in World War II. A famous local eccentric who lived here in the first half of the 20th century was thanks to his elegance and kind-heartedness an integral part of the hue of the Bratislava promenade and its cafes. A bronze figure of a man peeking out from under a manhole cover is undoubtedly the most photographed statue in the city. 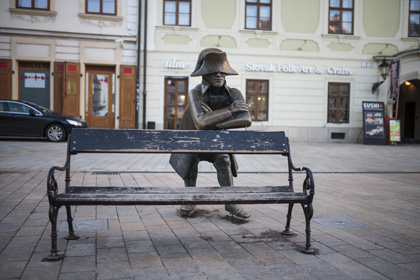 A bronze statue of a Napoleonic soldier commemorates the siege of Bratislava by Napoleon in 1805 and 1809. A unique observation deck on the pylons of the SNP Bridge at a height of 95 metres with amazing views of the city and visibility of up to 100 km. It offers the most beautiful sunset combined with a culinary experience.